For more than 60 years, Sanders Utility Construction Co., Inc., has been a leader in the field, delivering innovative construction services by honest, hard-working people who take great pride in what they do. Our straightforward approach to providing solutions for our customers and our proven ability to deliver exceptional work make working with Sanders Utility the right choice.

Founded in 1957 by J. P. Sanders and his two sons, Sanders Utility Construction has been a family owned and operated company located in Charlotte, North Carolina, since its inception. Originally called J.P. Sanders & Sons, the company specialized in well drilling and septic systems for the first decade. The business then evolved into pipe laying as the greater Charlotte community grew and utility capacity needs changed. In 1966, the company incorporated as Sanders Brothers, Inc., a name they held for more than three decades, until the current Sanders Utility Construction Co., Inc. was established in 1997.

What started as a humble venture in the 1950s between a man and his two sons has now grown into a comprehensive and diverse contracting operation with more than 60 employees, 10 crews and nearly $30 million in annual revenue. Sanders Utility has been an innovator in the field and is recognized as one of the top heavy civil general contractors in the region for water, sewer and storm water projects, large and small, for both public and private entities.

Our Capabilities and services

For reliable solutions that fit projects of any scale, Sanders Utility draws upon its many years of experience and know-how to get jobs done right. Our family-oriented focus and integrity translate into an unmatched experience for employees, subcontractors and customers.

NUCA of the Carolinas, 2020 Safety Award for Safety Excellence

Commonwealth of Virginia Department of Professional and Occupational Regulation 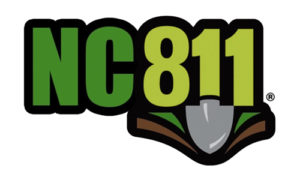